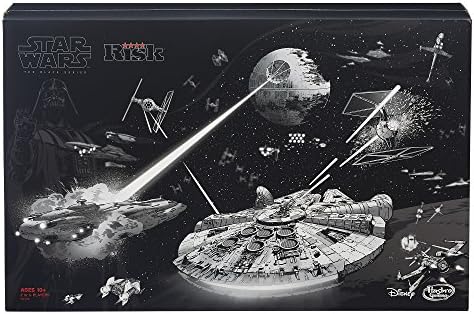 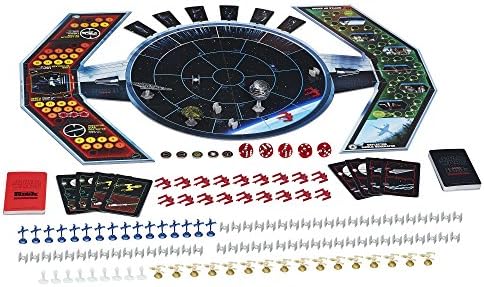 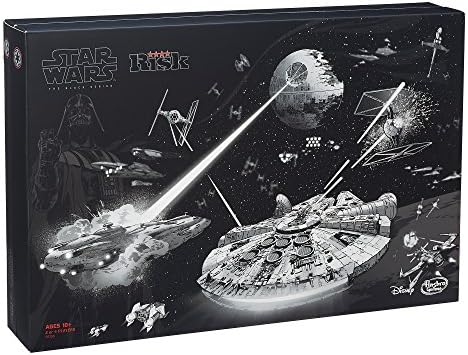 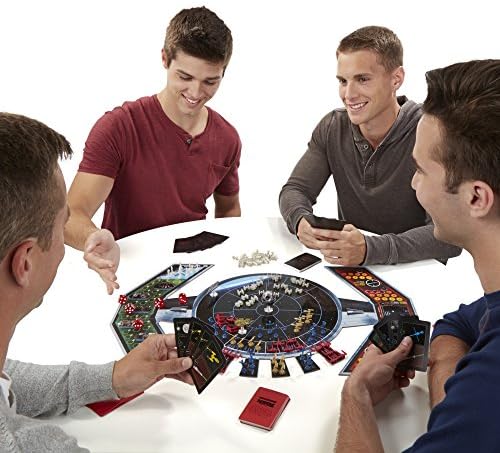 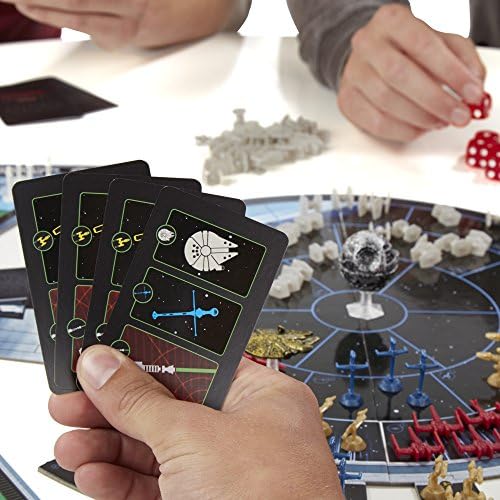 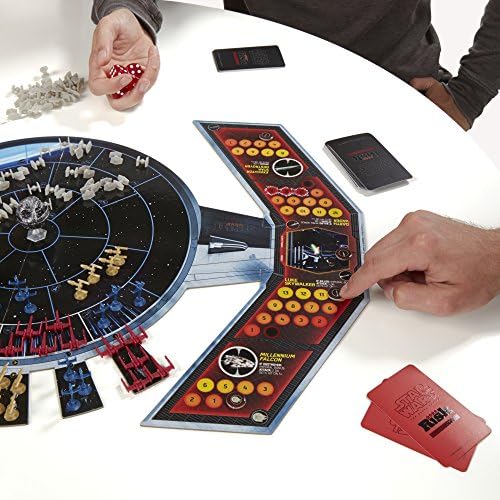 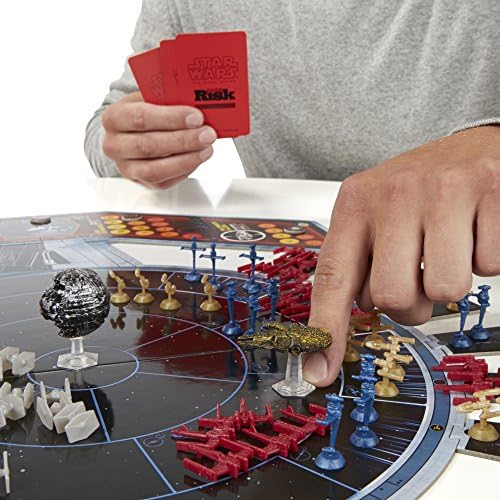 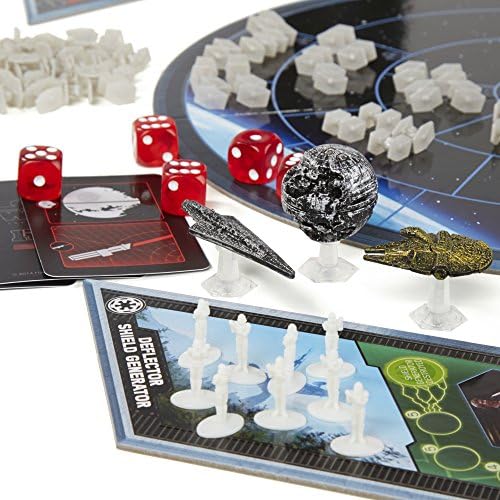 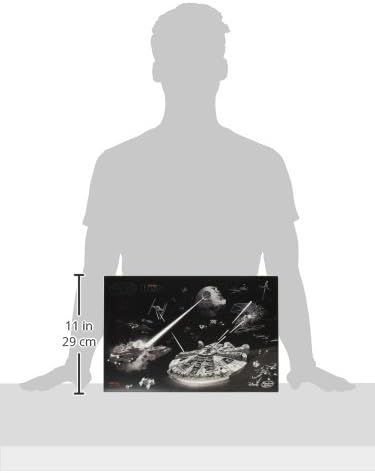 The final moments of Star Wars: Return of the Jedi can come to life for you and your friends in this awesome Star Wars version of the classic Risk game! Your mission? If you play as the Empire, it’s to destroy the Rebel fleet. But if you play as the Rebel Alliance, it’s to destroy the Death Star! But the battle between Luke Skywalker and Darth Vader could tilt the game one way or the other. Plan your assault, give your battle orders, and earn bonus orders by clearing sectors or by destroying either Luke Skywalker or Darth Vader. Send your fighters in to destroy or defend the Death Star, or to attack or defend the Rebel fleet! Who will be victorious in the end? Play Risk the Star Wars way and find out! Star Wars products are produced by Hasbro under license from Lucasfilm Ltd. Hasbro and all related terms are trademarks of Hasbro.
Star Wars version of the classic Risk game lets players conquer the Death Star or the Rebel fleet
Includes X-wing, Y-wing, and TIE fighters for attacks
Order cards let players attack and defend
Tilt the game one way or the other by destroying Luke Skywalker or Darth Vader
Includes 3 gameboard pieces, 20 X-wings, 16 Y-wings, 56 TIE fighters, 6 Rebel fleet markers, Millennium Falcon ship with stand, Executor with stand, Death Star with stand, 4 hit tokens, 9 Stormtrooper figures, Rebel Strike Team token, 30 Empire order cards, 30 Rebel order cards, and 5 translucent dice.