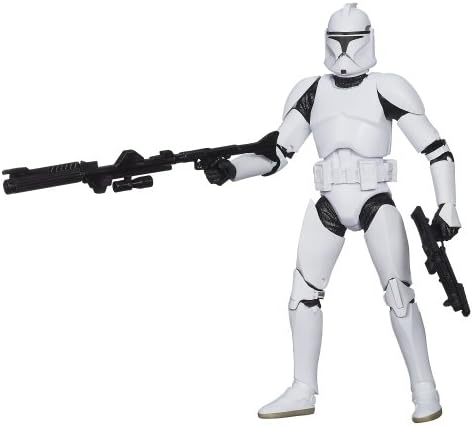 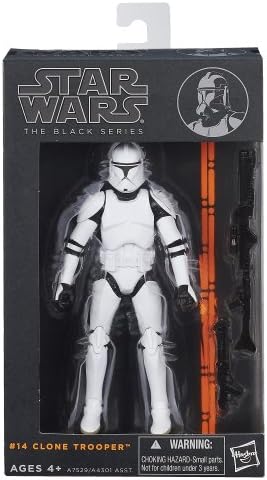 Clone Troopers are genetically engineered super soldiers who are deployed into combat for the first time on Geonosis, where they battle the Separatists’ Droid Army. Re create the biggest battles and missions in the Star Wars epic with figures from The Black Series! This highly articulated figure is part of Hasbro’s first ever 6 inch Star Wars figure collection. He looks like a Clone Trooper down to the last detail, and his armor and weapon are designed with pinpoint accuracy. It’s as if he just walked off the set of the scene where Clone Troopers fought the Droid Army. You’re going to need a bigger shelf for your Clone Trooper figure and the rest of the Black Series! Star Wars products are produced by Hasbro under license from Lucasfilm Ltd. Hasbro and all related terms are trademarks of Hasbro.