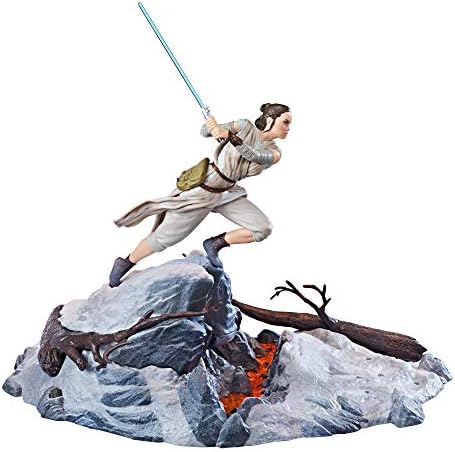 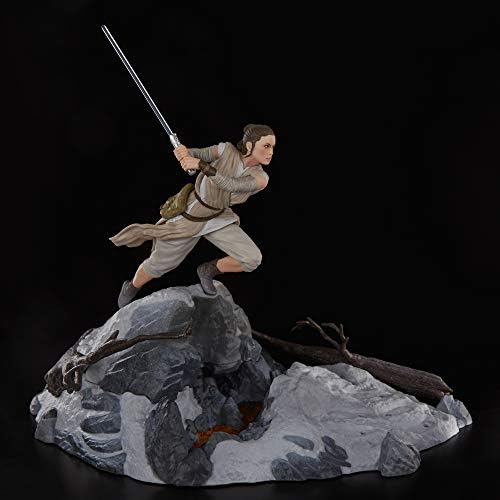 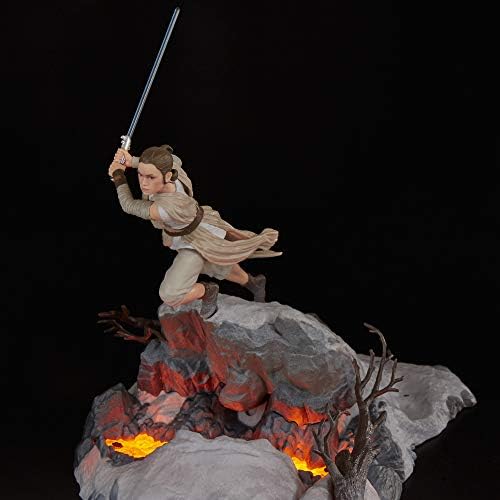 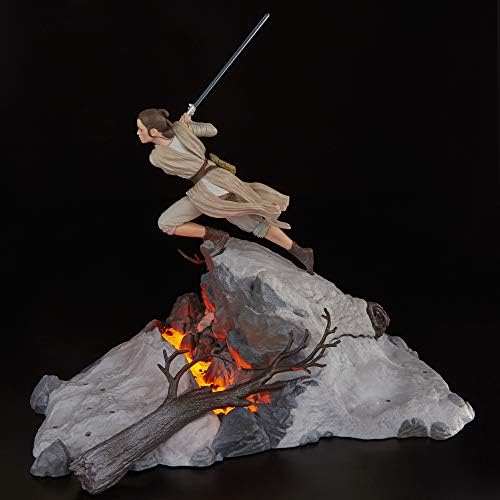 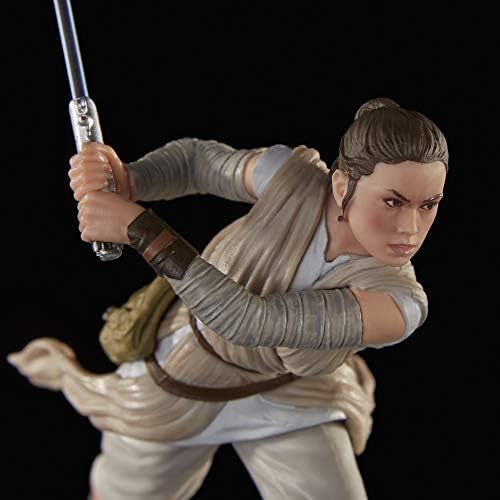 Reimagine key moments from the Star Wars galaxy with the Star Wars The Black Series Centerpiece collection. Each base features premium lights and an iconic character captured in a moment in time like never before.

A resilient survivor with much to learn about the ways of the Force, Rey faces off against Kylo Ren in a fiery duel of blues and reds while the stark, icy landscape of Starkiller Base crumbles around them.

Star Wars The Black Series Centerpiece Rey at Starkiller Base, inspired by Star Wars: The Force Awakens
Premium base featuring light effects inspired by the movie
An iconic scene from the Star Wars galaxy uniquely captured in time

Build out the scene and expand the adventure with figures from Star Wars The Black Series (Additional products each sold separately).

Launch into lightspeed adventures with a collection of classic and new characters, vehicles, and role-play items that feature the authentic movie-styling and battle action of the Star Wars universe
Build your Star Wars collection with the authentic, highly detailed Star Wars collectible figures, vehicles, and force FX light sabers from the black series
Advance into battle with role play gear that includes blasters, masks, and iconic, customizable light sabers that are Part of the Star Wars blade builders system
For nearly forty years, Star Wars has fueled the imaginations of Generations, and now it’s your turn to follow the adventures of Star Wars stories old and new
Embark on an epic journey alongside the Rebel heroes where Imperial officers are Charged with protecting the empire invention against the Rebels at any cost.