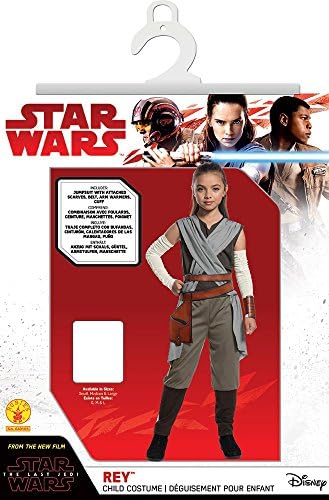 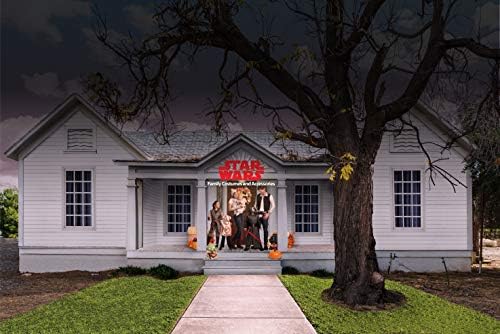 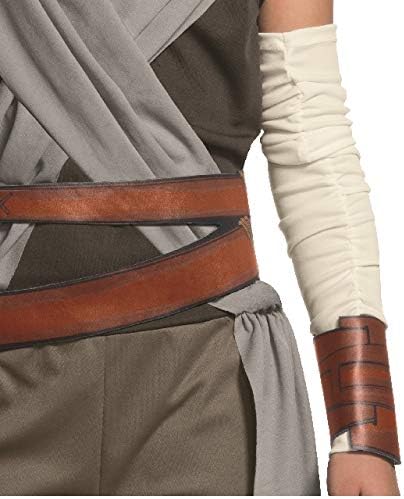 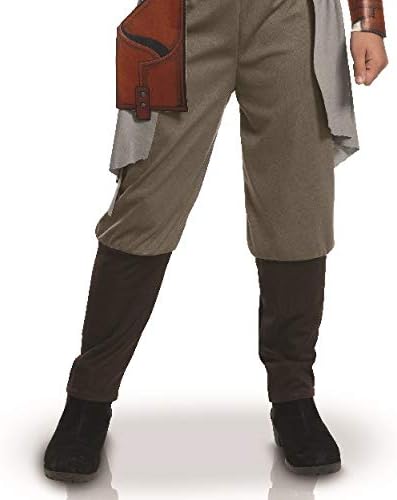 Are you looking to fight the Empire this Halloween? Look the part with this Rey Costume. Rey is a Force sensitive ex-scavenger who would later become a Jedi who fought for the Resistance. This costume consists of a jumpsuit with attached boot covers, arm warmers, belt and cuffs that will let you look just like Rey herself. Fight for the Resistance this Halloween as Rey from Star Wars: The Force Awakens.

Imported
Hand Wash
Star Wars VIII Rey costume jumpsuit with attached wraps and boot tops, belt, cuff, and arm warmers
Important: costumes are sized differently than clothing, review Rubie’s child’s size chart before making selection
Officially licensed Star Wars Episode VIII: The Last Jedi costume, items shipped and sold directly by Amazon are guaranteed to be authentic
From classic to the most recent movie, Clone Wars, and to Rebels, Rubie’s has Star Wars costumes and accessories in styles and sizes for the entire family
The world’s largest costume designer and manufacturer, family-owned and New York based since 1950, Rubie’s is all about fun and safety all year long